Fashion designer Virgil Abloh has teamed up with Nike to release a limited collection of 10 re-imagined footwear classics from the brand’s extensive archive. Inspired by the cutting-edge cushioning of the Hyperdunk, Abloh introduces the energy packed silhouette to an evolution of the reveal – called “GHOSTING” – using translucent uppers.
The Nike React Hyperdunk 2017 was also a part of “The 10” Collection. Made in collaboration with Off-White and designed by Virgil Abloh, they were a part of the “Ghosting” Series. Coming in “Triple White,” they sport a reconstructed translucent upper, featuring a semi-revealing material to tie-in with the theme. Various materials are found throughout, as well as a red zip-tie and branding on the tongue, black branding throughout the rest of the shoe and a translucent outsole. 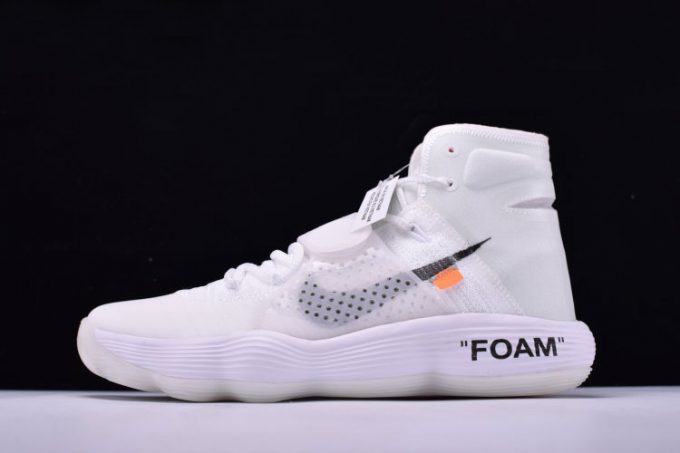